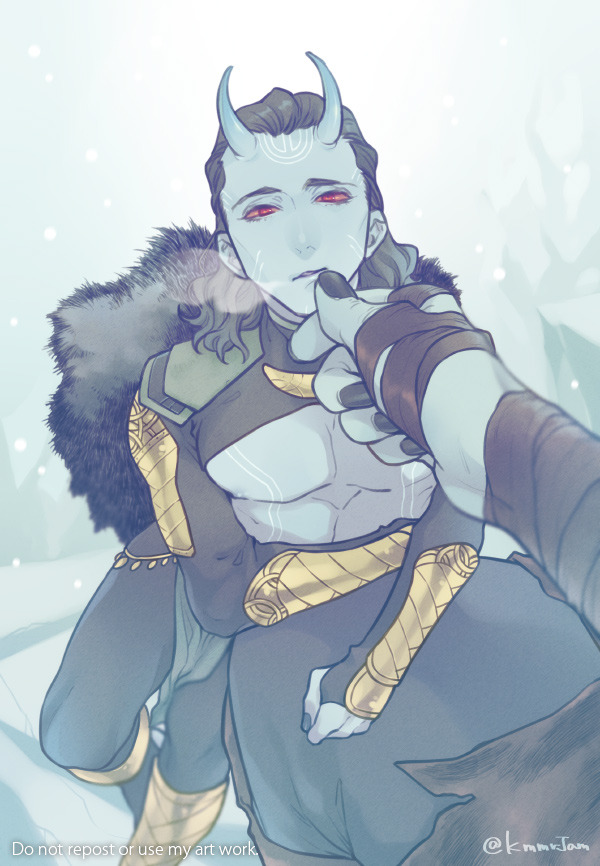 Thor ran his fingers along the petals of a delicate winter lily and marveled at the way the whole flower lit up at the touch. He’d never been to Utgard in winter. This half of the planet wouldn’t see a sunrise for months, so the only light to be had was what the planet itself could make. The Jotnar had never considered starting fires, no, not when their planet and mother was so generous.

Loki plucked the flower off of the stem and all four plants in the plot lit up in a wave. As Loki weaved the flower into his hair Thor watched juices pour out of the stem. It made him feel almost guilty, like a child who’d done something he shouldn’t have.

He turned to Loki and found the generous king offering him a hand to hold. Thor accepted it and they kept walking through to garden.

“I wanted to thank you again, Loki-king, for accepting my call for aid and offering my people a haven until we can find our own home.” Thor brought Loki’s hand up for a kiss and thought that Loki was so beautiful he should also glow when touched.

Loki hummed and stopped them in front of a tree laden with heavy fruit. “Will it take a long time, do you think?”

Thor shrugged. He’d never wanted to be king in the first place, and especially not like this, but Ragnarok had claimed his home anyway.

“Honestly, I’m not sure,” he said, “my father had colonies and I know we can find one, but without the Bifröst it may be…”

Thor nodded. “I understand if it’s more than you agreed to, Loki.”

Loki smiled then, real and soft and sweet, and Thor felt his breath lock in his chest. Oh.

Their hands were still clasped together, squeezing each other tight. Loki’s other hand came up and cradled his face, directed him to look up into the boughs of the tree. Supple fruits with veins of gold on their purple skins beckoned him to take a bite.

“Jotunheim has room and riches enough for the Aesir, mighty Thunderer. Even if you never leave.” Loki’s voice wrapped around him and was carried on the wind that whipped past them. A promise.

Thor let his eyes fall back to Loki and felt something gentle and warm spreading through his chest and stomach. He’d only asked for refuge, and he had never expected to receive it. This was more than he could have hoped.

“My father had wanted to unite our realms, you know,” Thor whispered.

A light filled Loki’s eyes, made it seem like perhaps he did glow just the same as the rest of his beautiful home. “What do you want?”

Thor leaned in and kissed his fellow king, his ally, and perhaps something more. Loki kissed back and bit him gently, and Thor started thinking about how to best acclimate his people to this new world. 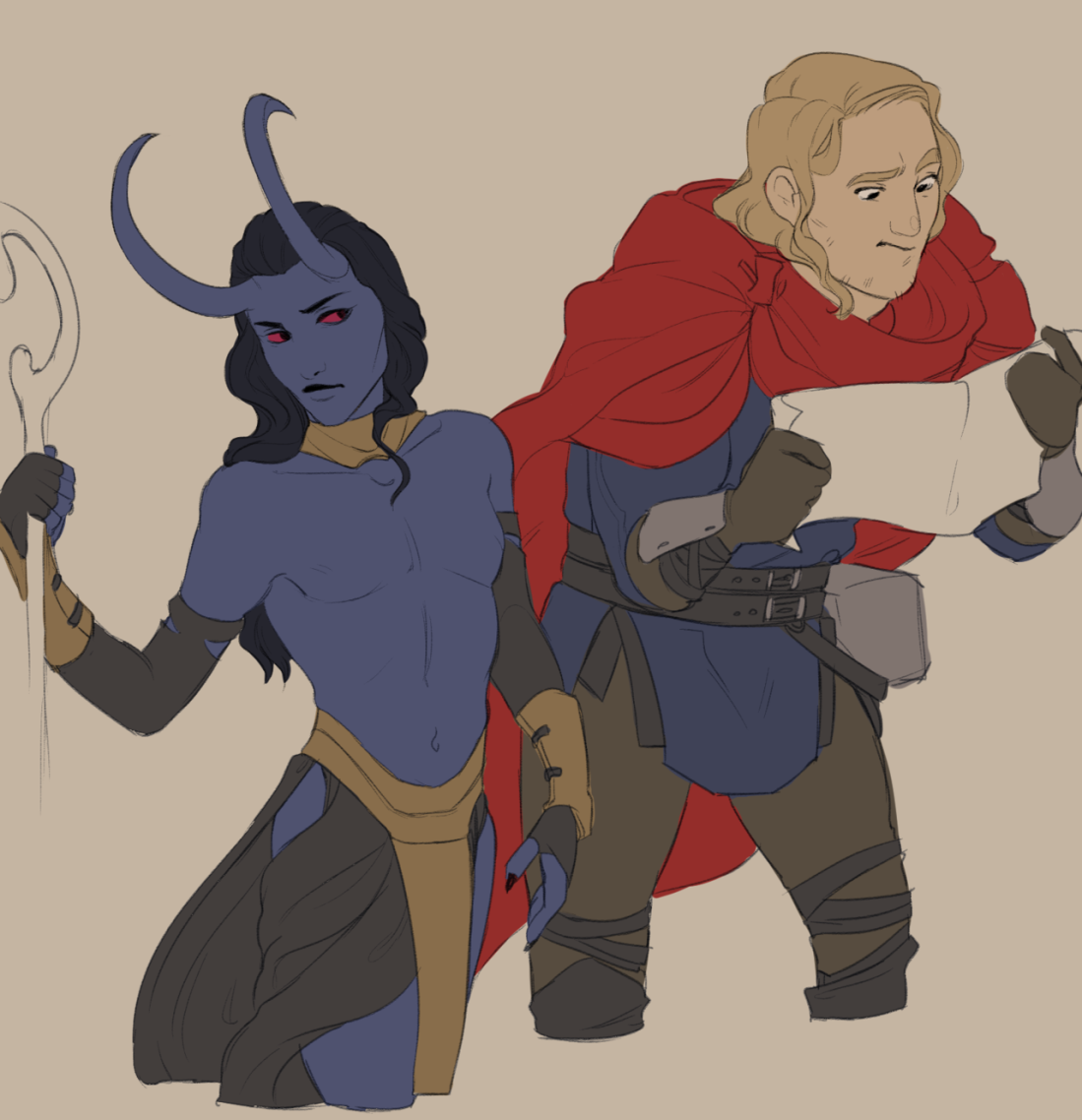 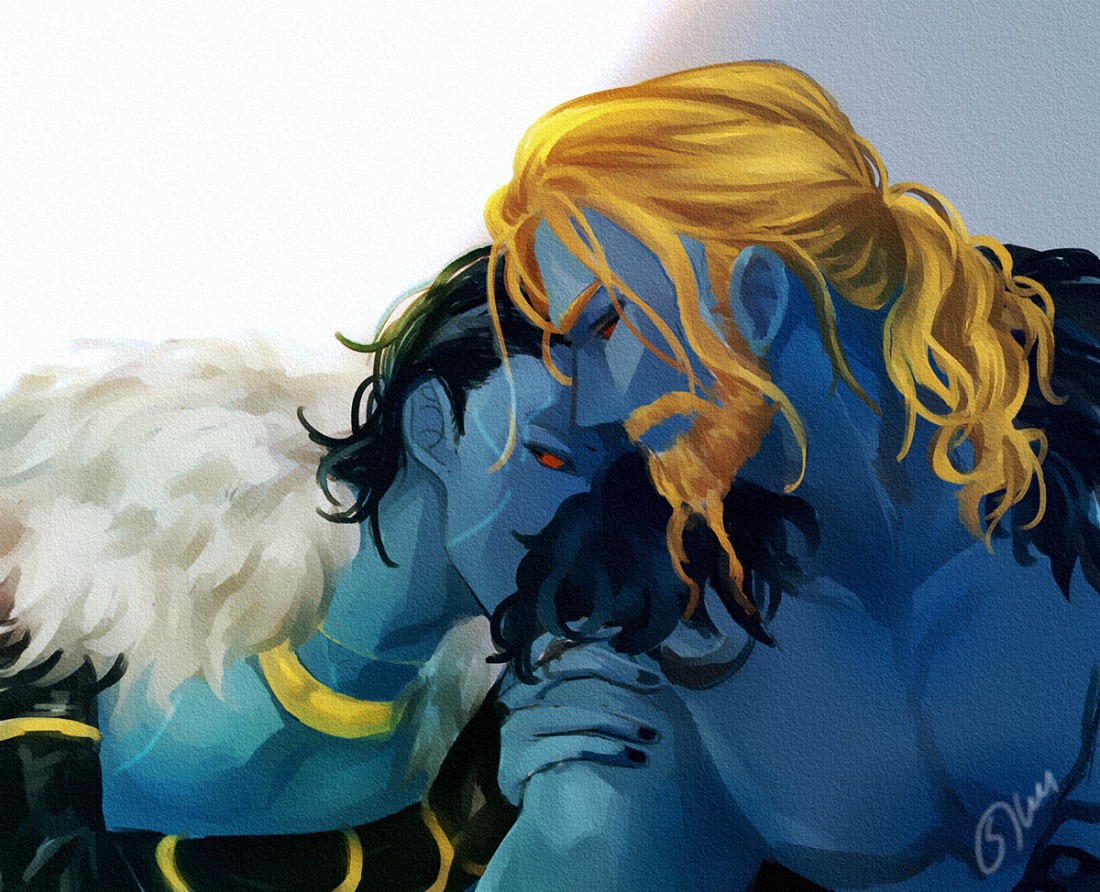 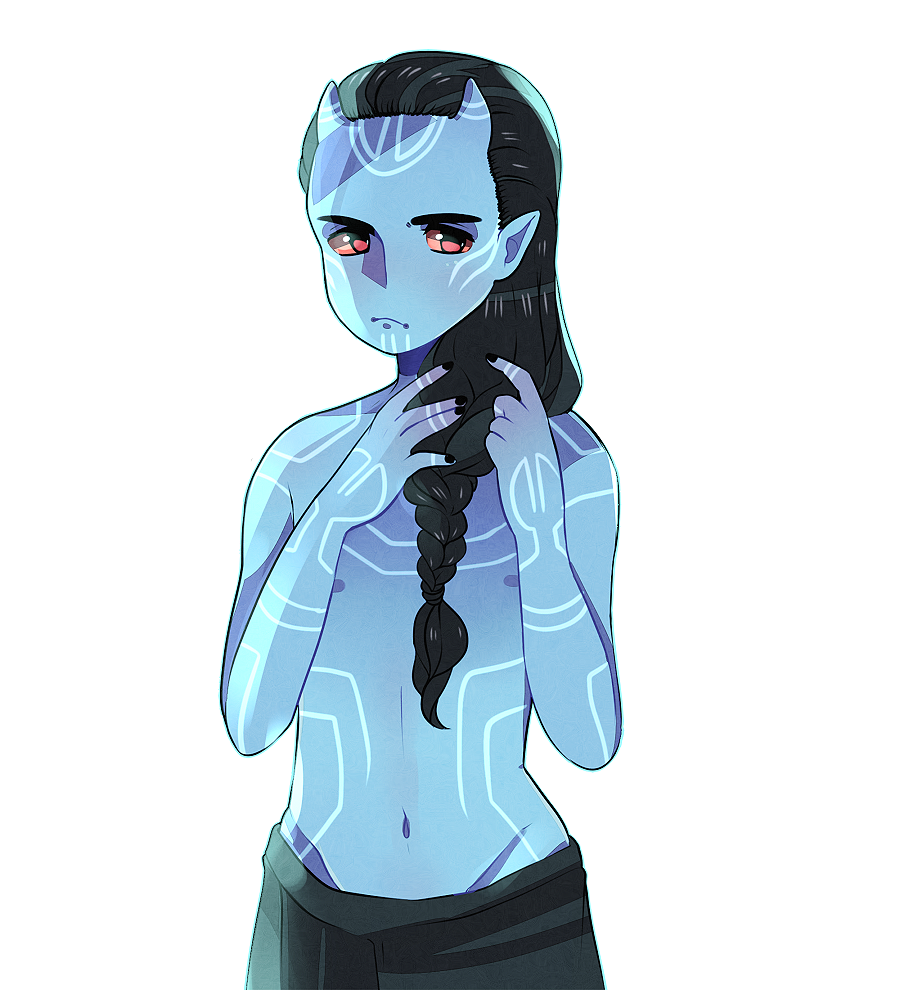 thank you to everyone who came and kept me entertained while i drew this jotun loki! ❤ :’) 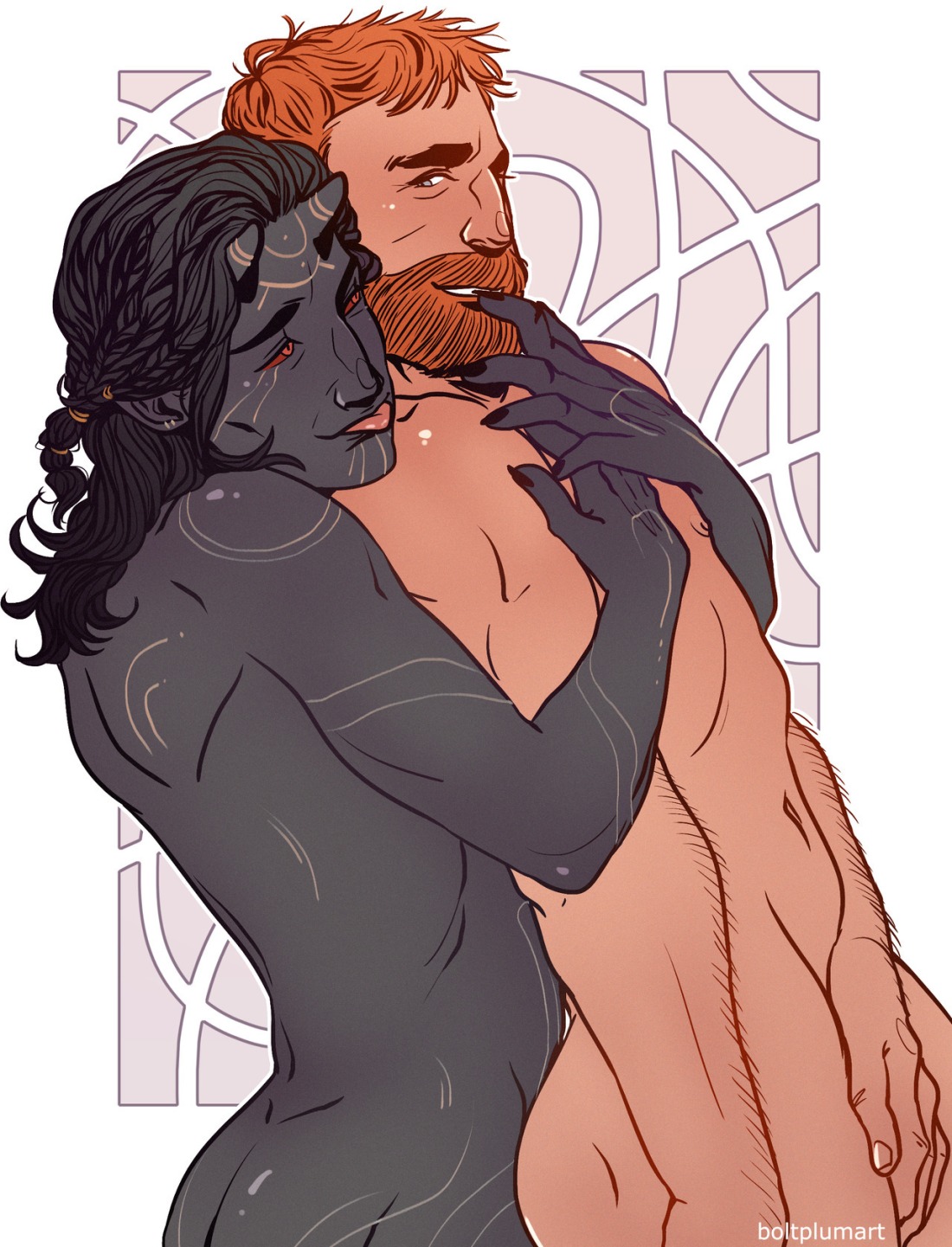 A commission from a while back (removed from my main art blog).

Consider supporting me on Patreon! 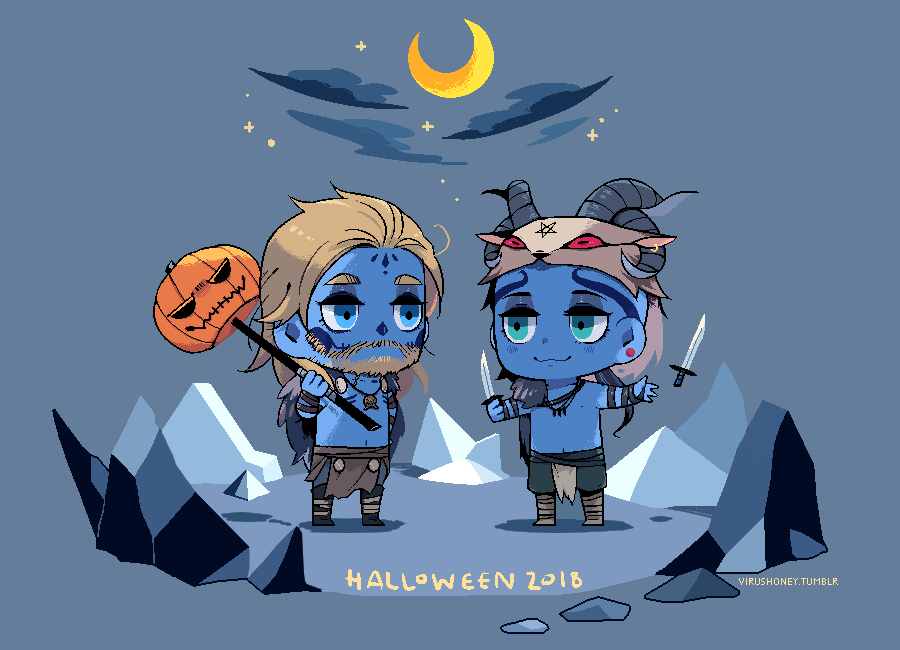